06 May State of the Advokate Union

Posted at 16:13h in Uncategorized by Kate Austin-Avon
Share

Things are rolling along here in the Advokate office.

For a while there it was too busy to breathe (that’s a good thing!), and now finally there is a moment to catch up here on the Advokate blog.

We are doing okay. 2012 was up 40% from 2011 for us, and that’s in a year that I took a few months off for maternity leave. Wow! I can’t thank my Advokate clients enough for making my dreams come true. I have the best job ever. It’s an amazing privilege to be able to support myself by doing what I love.

We’ve still got former intern Hannah working, now as a temp for the summer before she leaves us to go away to school this fall. She’s mainly helping with administrative tasks, but some design work as well.  The office is rearranged, now without baby Henry’s playpen (I don’t know what I was thinking, imagining that I’d be able to work with a baby in the room!). The place had a good 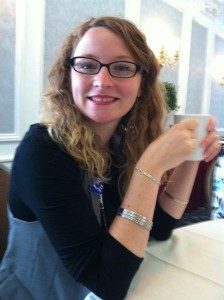 dusting after I brought my computer to the Apple store for maintenance and realized how fingerprinty my Mac was in comparison to the shiny, new stuff on display.

Adjusting to life as a working mom has been a challenge, especially with a recent episode of croup and some appointments we had at Albany Med about his rapidly-growing head (turns out it’s just hereditary big-headedness), but the kiddo is happy and healthy now.

I’ve realized that there are a few jobs that I’ve lost as a result of my pregnancy and new baby, but with my husband’s new job schedule at Irving Tissue we will be able to use less childcare and I’m ready to pick up the pace of Advokate. Bring it on!

With the summer season nearly underway and your cash flow about to pick up, now’s the time to reinvest in your business.

So what new idea have you had kicking around in your head that you’re finally ready to tackle?