Forty degree weather in February is like a heat wave, so my husband Cory and I ventured out for a walk to The Shirt Factory with our son Henry to drop some stuff off at my studio.

On our way out, we encountered a couple wandering the hallways. “Is anything open today?” they asked. On Sundays, just the quilt shop is open for a few hours. It’s a similar situation downtown; most things are closed Sundays and Mondays.

I told them that things pick up at the Shirt Factory later in the week, and it’s pretty happening Wednesday through Saturday, but they said they would be gone by then. I asked them where they were from. Plattsburgh. And how did they end up at the Shirt Factory? The man remembered buying shirts there as a kid. And why were they in Glens Falls?

This got me so excited. These are the folks that we’re trying to reach when we advertise! People who aren’t passing through on their way to Lake George or Saratoga; or just in town to visit a relative — people who actually came here on purpose. We want more of that, don’t we, folks?

They were staying at the Queensbury Hotel. Had they picked up a Chronicle? Of course. They had lunch at Cooper’s Cave. “Good food. Good beer,” they said.

They love contemporary art. I said it’s too bad they’d be missing Gallery 99. “We’ll be back,” he said. “Shame there isn’t more open on a Sunday.”

He told me about his memories of Dirty John’s and the Madden Hotel. They wondered if Massie’s was still the go-to for Italian food. He said he’s watched Glens Falls through the years and he’s impressed with where we are. He was nostalgic about the good old days, but likes what we have now. It seems like a rising tide. We’re coming into our own. “Who wants more malls? Ugh!” they said. 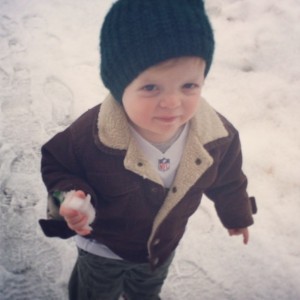 The neighborhoods and buildings seem to be well taken care of. This is coming from somebody on foot walking through the East End.

They suggested a marketplace downtown, like many of the young folks quoted in this week’s Chronicle also expressed interest in, and more good old-fashioned shopping.

“Oh, one last thing?” he shouted across the street as we were parting ways. “The City needs to make a good website for Glens Falls.“